In our Flash Update dated February 6 entitled “Cold sweat or cool heads”, we cautioned against a kneejerk reaction to the sharp correction in equity markets and recommended sticking with a moderate overweight stance on global equities. Since then, markets have stabilised and staged a recovery. What should investors do now?

As outlined in previous editions of our House Views, the global economy has seen a solid, sustained and synchronised recovery. Throughout 2017, economic statistics often proved better than expected by economists and many measures of corporate and household confidence rose to multi-year highs.
In recent weeks however, we have seen some disappointing data. For example, the IFO measure of business confidence in Germany came below expectations for February, as did the equivalent INSEE measure in France. In the United States, January’s durable goods orders fell 3.7% month-on-month on weaker aircraft sales. However, other statistics – consumer confidence in the US, German unemployment, for example – have remained more encouraging (source: Bloomberg, 01/03/2018).
All in all, we believe that the acceleration of activity in 2017 has slowed and that growth will plateau this year, albeit still at a relatively high level.

We continue to believe that gradual normalisation of monetary policy will continue, with three hikes from the US Federal Reserve (Fed) this year and the European Central Bank (ECB) halting its asset purchases by early 2019.
This week, the new Fed Chairman Jerome Powell spoke before Congress and his confident assessment of the economic outlook prompted investors to shift their expectations closer to the Fed’s projections. Some indeed have begun to factor in even faster tightening of policy.
Unsurprisingly, this cocktail of strong growth and higher base rate forecasts has seen long-dated bond yields on the rise over the past six months. Ten-year US Treasury yields closed at 2.89% on February 27, up from 2.12% at end August. Over the same period, ten-year German Bund yields have risen from 0.36% to 0.68% (source: Bloomberg, 01/03/2018).

What do rising rates mean for equity valuations and fundamentals?

The supportive economic backdrop has helped boost corporate profits. According to the IBES consensus of analyst forecasts, earnings growth for members of the MSCI World All Countries Index is set to reach 13.1% over the next twelve months. Indeed forecasts have been revised up by 4.5% over the past three months, helped notably by the impact of corporate tax cuts in the US, the largest market in the index.
In the eurozone on the other hand, earnings growth is expected to lag the global average, at +9.3% over the next year according to IBES, and forecasts have only risen marginally in recent months. In part, this may be linked to strength in the euro – which we expect to continue. The eurozone is a very open economy, heavily dependent on trade with the rest of the world, and a rising currency means foreign earnings have less value.
However, these solid fundamentals are reflected in generally high valuations. The price to expected earnings ratio for the world index is 13% above its ten-year median (+12% for the eurozone) and the price to sales ratio is 37% above (+26% for the EMU market). In an environment of rising rates, we think it would be imprudent to expect valuations to rise further.

The correction in equity prices has of course slowed the upward momentum in global equities, but the trend still remains positive. However, a number of major markets – in particular, in Europe – have rolled over and are no longer exhibiting positive momentum.

As highlighted in our recent Flash Update, the overoptimism in markets in January left them vulnerable to the correction which ensued. In the course of the sell-off, measures of investor sentiment – such as the American Association of Individual Investors polls, or implied volatility indices – have reverted to less extreme levels. However, the subsequent rally in prices has calmed investors’ concerns and sentiment remains far away from the levels of overpessimism which often prevail at market bottoms.

Putting it all together

In light of the above factors, our Global Investment Committee decided to meet ahead of next week’s scheduled meeting to review the preparatory materials from the Equity Strategy Group and has concluded that it would be prudent to scale our recommended exposure to global equity markets back to Neutral.
In light of the likely impact on eurozone corporate profits from the expected further rise in the euro and the deterioration in momentum, we decided to implement this move by reducing weightings in EMU equities.
The GIC will of course meet as planned next week for a full review of our scenario and of all asset classes using our VaMoS framework. The meeting is scheduled on March 7 and the March House Views will be published shortly thereafter.
As always, we will continue to monitor the situation carefully and will not hesitate to advise you of any change to our views. 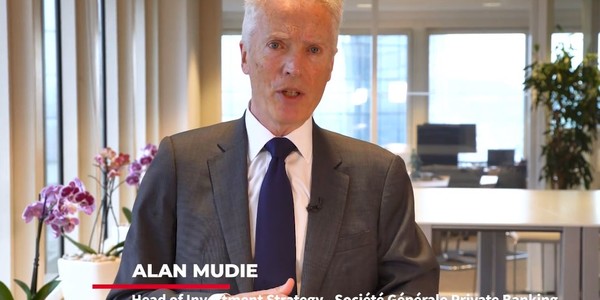